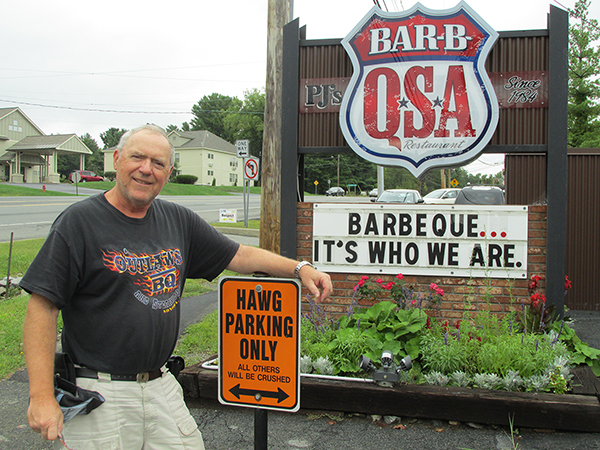 This is a song about bar-b-que and the pleasure that it brings
Sitting down at a table for two as the choir of angels sings.
It is a place that brings you joy as you eat and drink so happily
It is a place created by the Davis family.

There to greet you as you walk in is pitmaster PJ
The coolest cat you have ever seen, he also doubles as  DJ
He'll make sure that your needs are met with friendly conversation.
When you leave you will never forget that wonderful sensation

Working hard behind the scenes is porkmaster Johnny
Brisket, rib and sausages, he makes it succulent like honey.
He smokes his meat over hickory wood to bring out all the flavour
Then steps out with his platter full for his customers to savour.